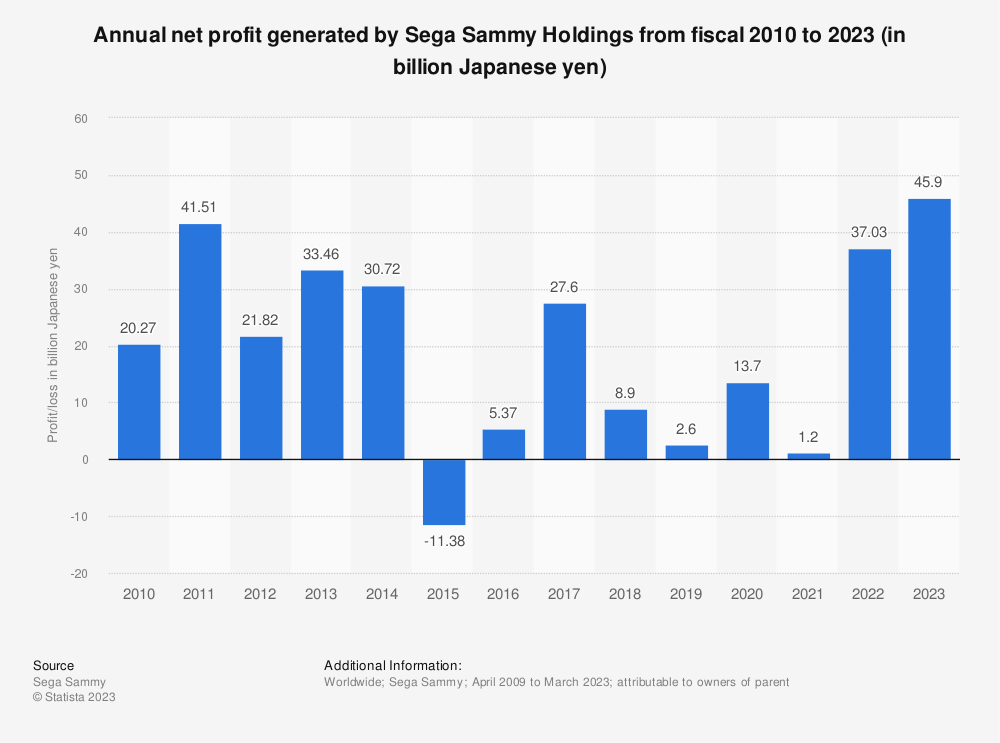 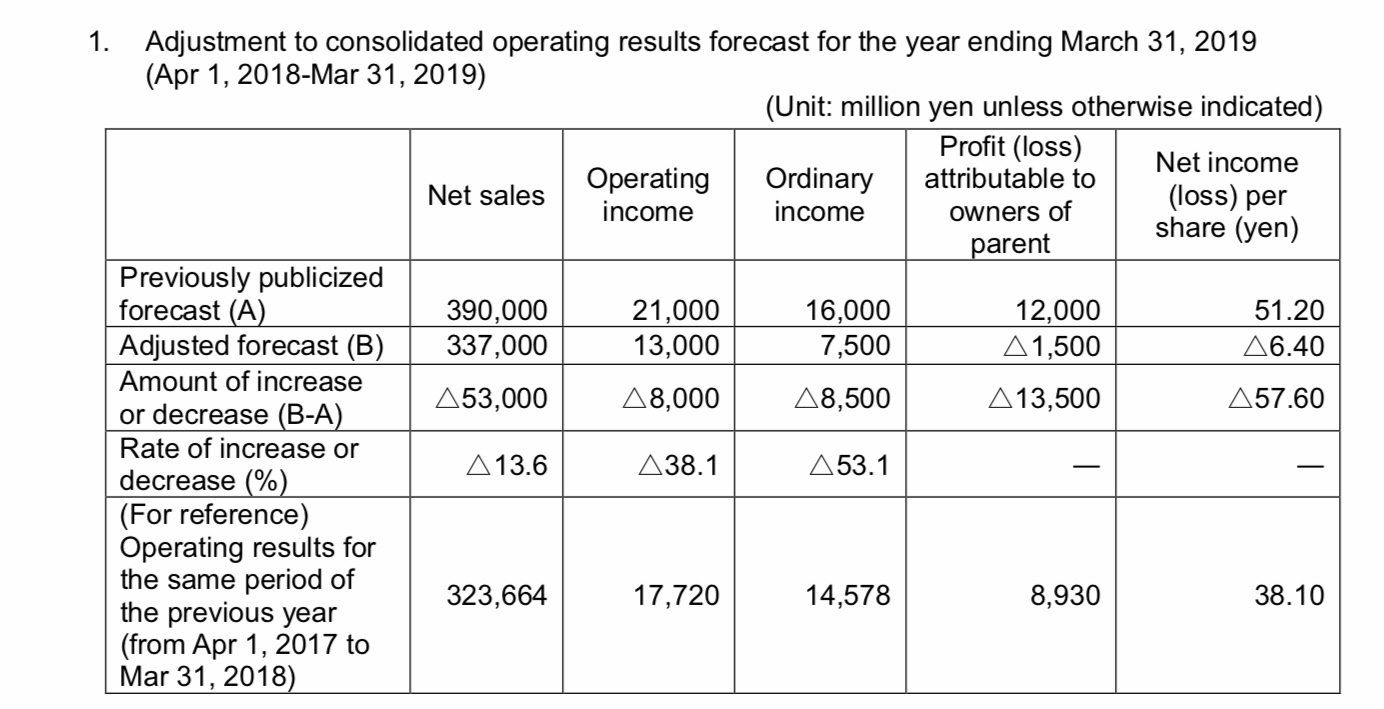 In the Digital Games area of the Entertainment Contents Business, the Company’s existing mainstay titles have slowed down as the service has been operated over long term while the competition in the Japanese mobile game market intensifies. The Company aimed to increase revenues through the introduction of new titles in this fiscal year but it is expected that such will not compensate for the slowdown of existing mainstay titles due to such reasons as the introduction of new titles being delayed and the performance of introduced titles has been below our expectation. The Entertainment Contents Business other than the Digital Games area is mostly performing better than the previous forecast centering on the Packaged Games area, but this has not been able to compensate for the decrease of revenue in the Digital Games area, thus sales and operating income of the Entertainment Contents Business are expected to decrease from the previously publicized forecast.

Concerning the Pachislot and Pachinko Machines Business, the number of titles on sale, as well as machine unit sales, are expected to decrease from the initial plan, mainly due to the acquisition status of approval in prototype testing has been lower than expected. The Company has been tackled on restraining operating expenses, but sales and operating income are expected to decrease from the previously publicized forecast.

The Company also recorded the impairment losses described below. Because of those
factors it has made an adjustment to the forecast of its consolidated operating results for the year ending March 31, 2019.

With regard to the pachislot and pachinko industry, in the pachislot machine market, the introduction of pachislot machines (No. 6 -type) that conform to the regulatory revision and new voluntary regulations has begun, while there is increasing anticipation for future lineup additions as well as operational contributions. Meanwhile, in the pachinko machine market, in addition to machines which have already been licensed under regulations before the revision, the launch of pachinko machines that conform to the regulatory revision has also begun. In order to revitalize the market going ahead, it is essential to expand the range of players by developing and supplying machines that conform to the regulatory revision and such, are easier to play and provide innovative gameplay.

Regarding the environment of the Entertainment Contents Business, in the field of digital game software, the competitive environment is further intensifying, with titles that capitalize on powerful IPs (Intellectual Properties), in addition to being high - quality products, take up the top spots in sales rankings. Meanwhile, in overseas business, future growth is expected mainly in Asia. With regard to the packaged game software market, in the market for hardware of home video game consoles, expectations are rising for the expansion of the game software sales market due to the growing penetration of current - generation video game console hardware. In addition, game distribution platforms such as Steam are expanding in the PC games market. As for the market for amusement centers and amusement machines, the rate of facilities utilization is stable mainly in new video games and prizes.

In the resort industry, in 2018, the annual estimate for the number of foreign visitors to Japan exceeded 30 million for the first time and the number is increasing constantly, and an upward trend in the hotel occupancy rate is still evident.
With a view to establishing Japan as a popular tourist destination, the “Act on the Establishment of Specified Integrated Resort Areas” was passed by the National Diet. 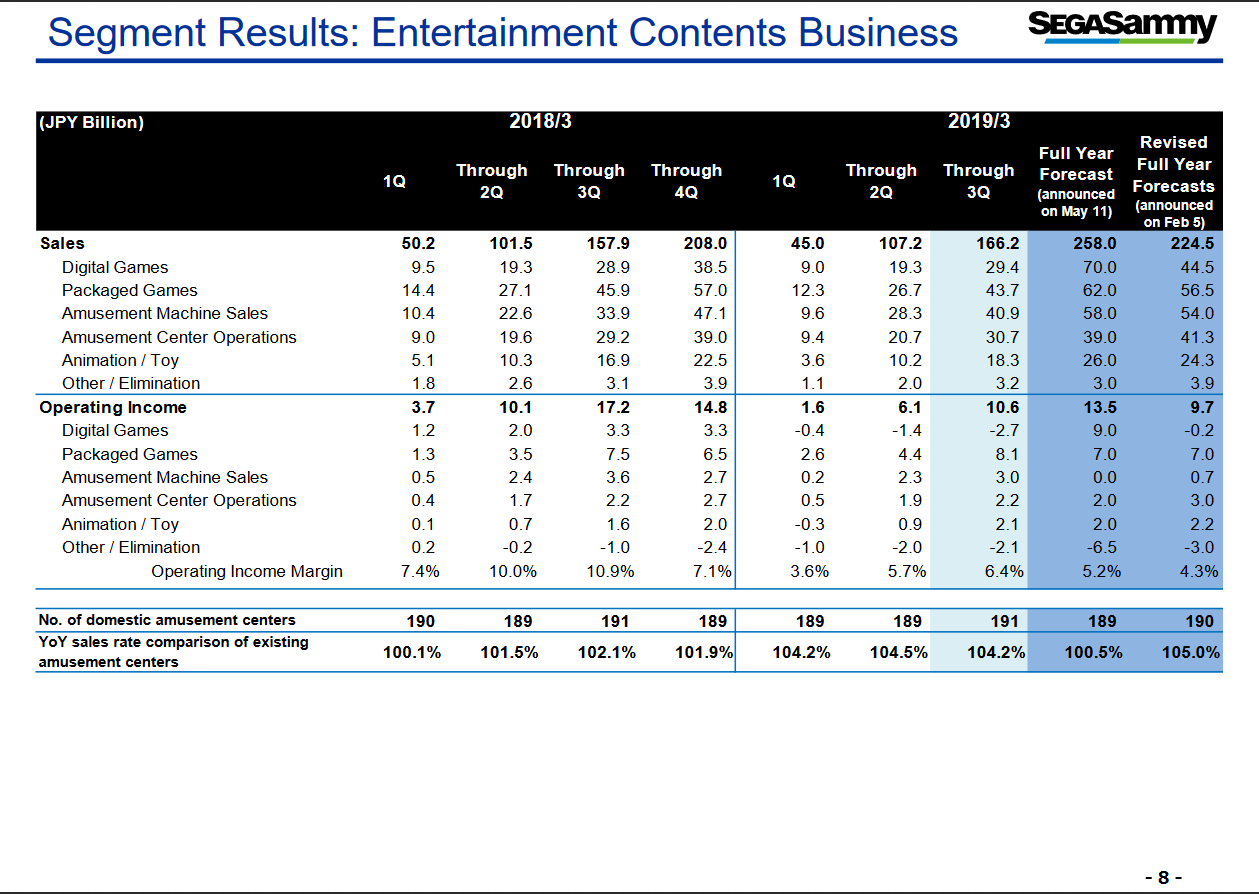 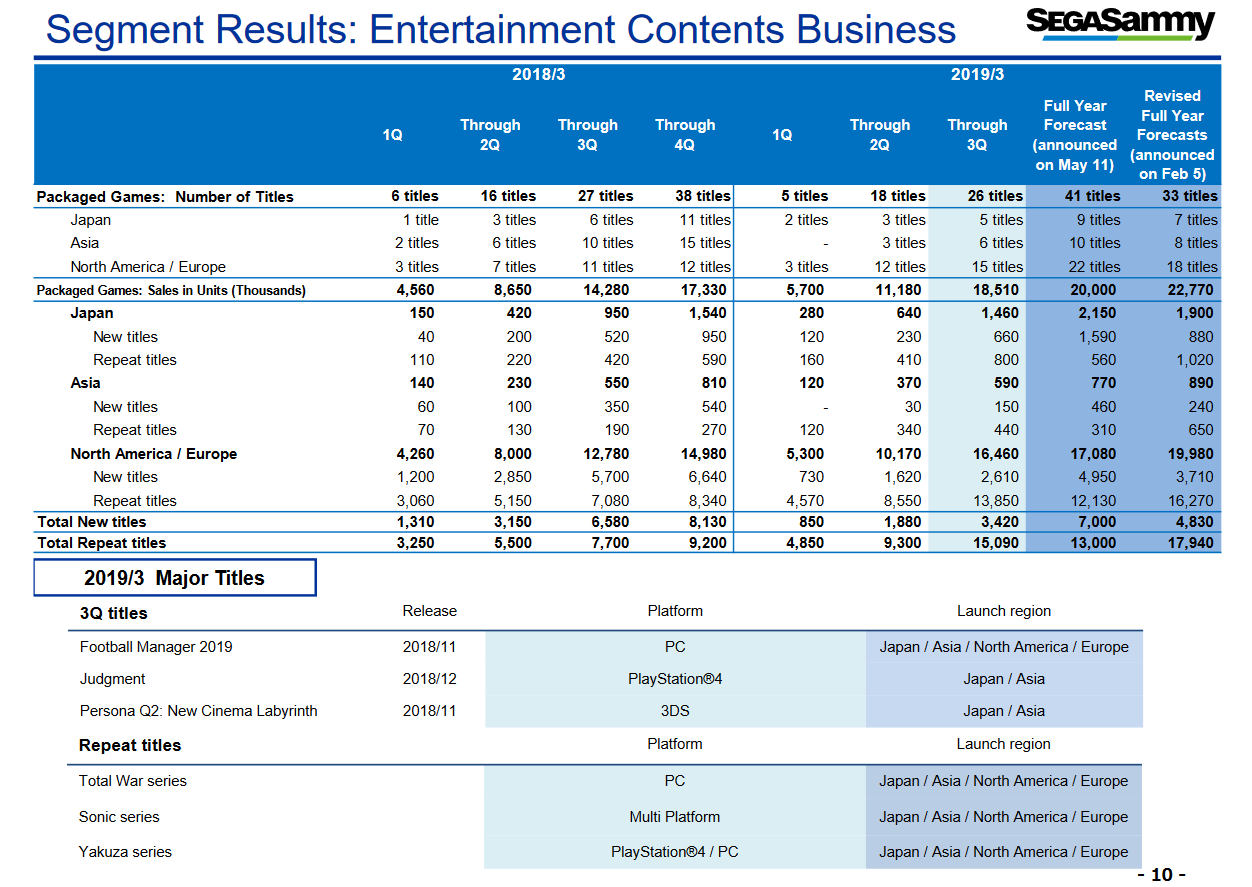