We have exclusively learned that Rosario Dawson will appear in The Mandalorian season 2 and are excited to report that she will be playing a fan-favorite character previously only seen in the Star Wars animated productions. Dawson will be playing a live-action version of Ahsoka Tano, Anakin Skywalker’s Jedi padawan apprentice who appeared in Star Wars: The Clone Wars and Star Wars: Rebels . This would be the character’s first appearance in live-action.

Dave Filoni , the co-creator of Ahsoka in animated form, is a writer, producer, and director on The Mandalorian . He made his live-action directorial debut helming multiple episodes of the first season, and we saw a couple of weeks back that Dave Filoni had returned as a director for the second season. We have confirmed this Dawson casting with two independent sources. We reached out to Lucasfilm to request a statement from the company or Dave Filoni, but received no response. We have been chasing this scoop for a month now and have reached out to Rosario’s reps, who also didn’t respond.

This is a fan-casting dream come true. In 2017, a fan tweeted at Rosario Dawson, asking her to appear in a Star Wars movie as Ahsoka, and the actress responded, “Ummmm… yes, please?! #AhsokaLives” This tweet spurred groups of fans to campaign for her to play the role. Dawson was later asked about the fan campaign while appearing on Good Morning America, and she commented that “It would be amazing!”

As a fan of the character and Dawson, I’m excited to see Ahsoka make her live-action debut in The Mandalorian .

Ahsoka made an appearance in the epilogue of the Star Wars Rebels series finale entitled “Family Reunion – and Farewell” (embedded above) that teased a future adventure. She returned to Lothal after the Empire’s destruction to join Mandalorian warrior Sabine Wren in her quest to find their friend Ezra Bridger, who disappeared while battling Grand Admiral Thrawn years earlier. “Ezra’s out there somewhere,” Sabine thinks to herself. “And it’s time to bring him home.” The scene seemed like an obvious set-up for a future animated television series sequel/spin-off or movie.

The Darksaber, the ancient and unique black-bladed lightsaber wielded by Moff Gideon (Giancarlo Esposito) in the season one finale of The Mandalorian , was once the property of Sabine Wren – the colorful Mandalorian warrior who Ahsoka joins in her quest for Ezra. So it might make sense that Sabine plays a role in this upcoming season as well, although I have no confirmation on her appearance. Ahsoka also had a relationship with Jedi Master Yoda, one of the only other known people of The Child’s (AKA Baby Yoda) mysterious species. So maybe Ahsoka could help provide some information in that respect?

Going deeper down the well of speculation: last month during the Walt Disney Company’s Fiscal First Quarter 2020 Financial Results Conference Call, then-CEO Bob Iger mentioned that “ The Mandalorian season 2 coming in October, and then more coming from The Mandalorian thereafter, including the possibility of – infusing it with more characters and the possibility of taking those characters in their own direction in terms of series.” If that Rebels epilogue is set somewhere within the same timeline as The Mandalorian as it appears, perhaps Ahsoka’s appearance in season 2 is a set-up for a live-action Disney+ spin-off series or movie.

This is the way 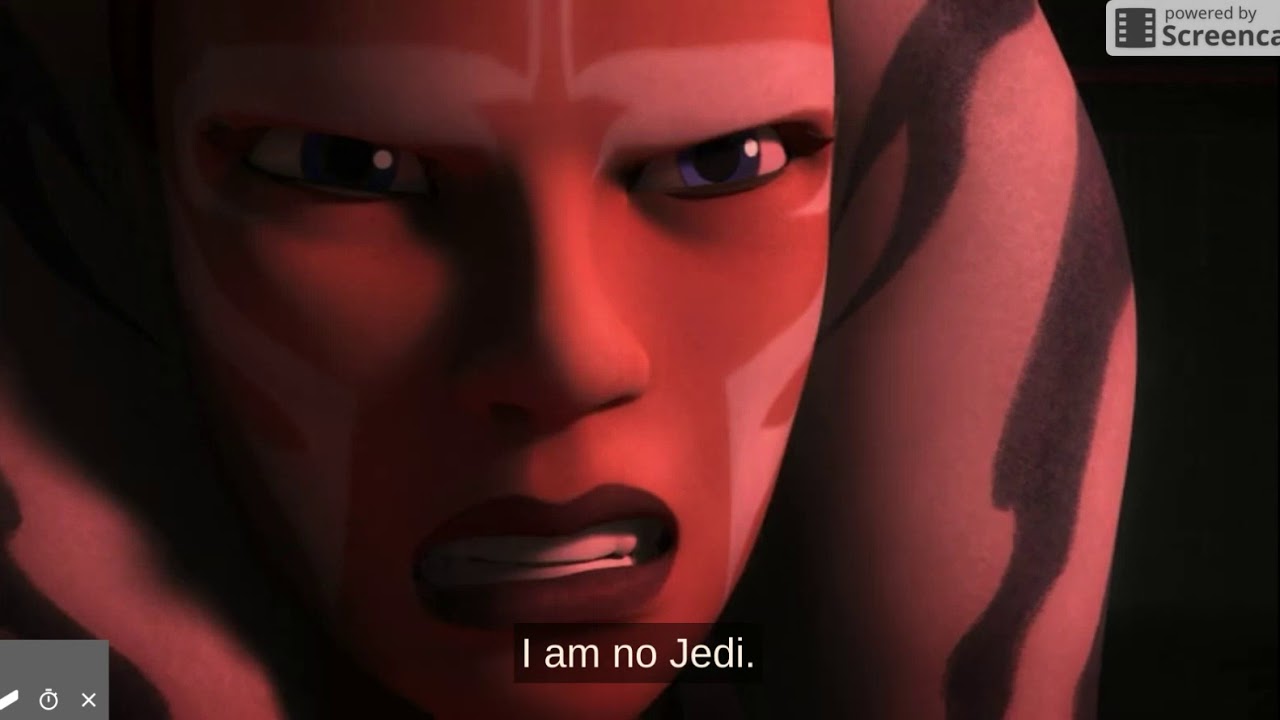