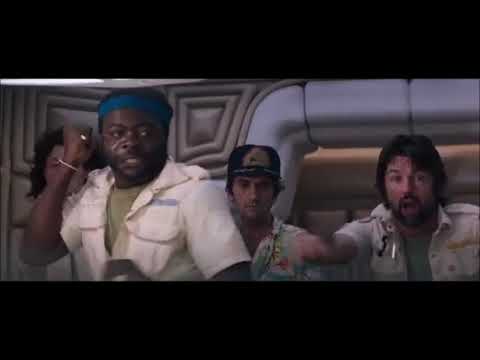 Cartwright, who famously passed out when cameras stopped rolling, said: "We read the script. They showed us a mock-up, but they didn’t show how it was going to work. They just said, ‘Its head will move and it’s going to have teeth’.

Sigourney Weaver (Ripley): They were crafty. They pitched the story so that you feel John Hurt’s character would be the only true hero among us.

Cartwright: They take John down in the morning to prep him and we’re upstairs for four hours. We’re sitting upstairs and nobody knows what the hell is going on. Harry Dean [Stanton] is sitting in the hall playing his guitar.

Weaver: All it said in the script was, “This thing emerges.”

Cartwright: They take John down in the morning to prep him and we’re upstairs for four hours. We’re sitting upstairs and nobody knows what the hell is going on. Harry Dean [Stanton] is sitting in the hall playing his guitar.

Scott: Prosthetics in those days weren’t that good. I figured the best thing to do was to get stuff from a butcher’s shop and a fishmonger. On the morning we had them examining the Facehugger; that was clams, oysters, seafood. You had to be ready to shoot because it started to smell pretty quickly. You can’t make better stuff than that - it’s organic.

Dan O’Bannon (executive producer/screenwriter): Once the creature was rigged up, they stuffed the chest cavity full of organs from the butcher’s. Then they ran a couple of big hoses to pump the stage blood. During all this Ridley moved about, tending to the finest detail. I remember easily half an hour was spent with him draping this little piece of beef organ so it would hang out of the creature’s mouth.

Scott: We had an artificial chest screwed to the table. John was underneath: it was an illusion his neck was attached to the body.

Cartwright: When they finally take us down, the whole set is in a big plastic bag and everybody is wearing raingear and there are huge buckets around. The formaldehyde smell automatically made you queasy. And John is lying there.

Weaver: Everyone was wearing raincoats - we should have been a little suspicious. And, oh God, the smell. It was just awful.

Shusett: He had four cameras running. Two guys, technicians, were under the table with a compressed blood machine. Nobody said a word, but Sigourney looked really scared. I said, “You’re really getting into character.” She said, “No, I have a feeling I’m going to be pretty repulsed right now.”

Yaphet Kotto (Parker): We were all wondering what the hell was going on. Why is the crew looking at us the way they’re looking at us right now? Why are they wearing plastic shields?

Cartwright: They have four cameras going. You see this thing start to come out, so we all get sucked in, we lean forward to check it out. They shout, “Cut!” They cut John’s T-shirt a little more because it wasn’t going to burst through. Then they said, “Let’s start again.” We all start leaning forward again and all of a sudden it comes out. I tell you, none of us expected it. It came out and twisted round.

Weaver: All I could think of was John, frankly. I wasn’t even thinking that we were making a movie.

Ivor Powell (associate producer): I hadn’t expected it to be quite that intense.

Weaver: Look, I worked with Roman Polanski on Death and the Maiden - he would shoot a gun off. You can act, sure, but when you’re surprised, that’s gold.

Shusett: Veronica Cartwright - when the blood hit her, she passed out. I heard from Yaphet Kotto’s wife that after that scene he went to his room and wouldn’t talk to anybody.

Kotto: Oh man! It was real, man. We didn’t see that coming. We were freaked. The actors were all frightened. And Veronica nutted out.

O’Bannon: This jet of blood, about 3ft long, caught her smack in the kisser.